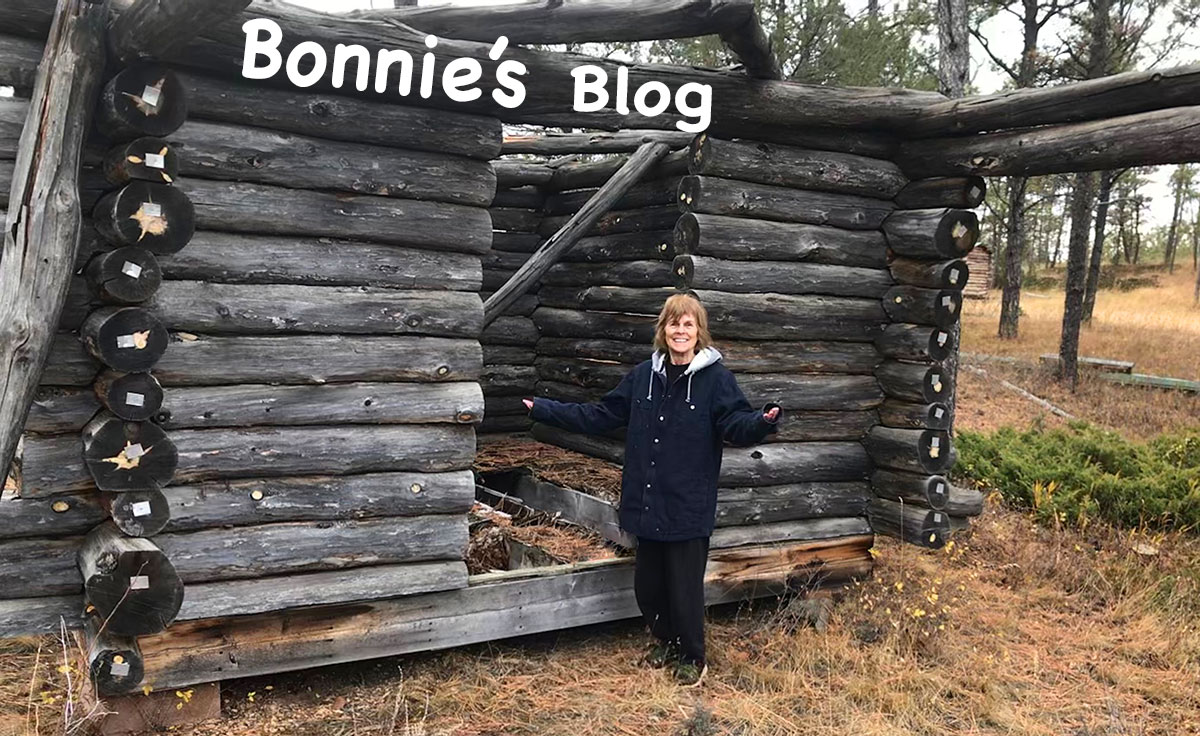 For the fourth time Deb and Rex have invited me to meet them in Yellowstone for a week of adventures. As at the three previous episodes, this fourth time was great fun. We revisited places we had already experienced but we had new adventures as well. Deb and Rex bought a utility van our brother Mike helped convert into a travel van. That van became our home away from home, in which we slept, ate, and played cards. Thank you Deb and Rex for including me again this year.

My trip started with a stop to visit Teresa in Coeur d’ Alene. Teresa had appointments that day so our time together was limited. We were able to have lunch and it was time for me to move on. Along the way I couldn’t resist visiting Lewis and Clark Caverns located near Three Forks, MT. Since childhood I have loved going into caves. I never seem to tire of them. Lewis & Clark Cavern State Park is Montana’s first and best-known state park featuring one of the most decorated limestone caverns in the Northwest. Naturally air conditioned, this spectacular cave is lined with stalactites, stalagmites, columns, and helictites. What more could a woman want?

The many different features of Yellowstone are amazing in that they tantalize, glorify, or assault all the senses. One of the most fascinating places in my opinion is Dragon’s Mouth. It is one of the foulest places I have seen. The stench is horrible and the terrible sounds emitting from the throat run chills up my spine. I can’t resist going there. This time I noticed a change. The roof is starting to crumble and a pile of rocks is piling up at the entry which was not there before. Everything in Yellowstone keeps changing. The hot spots move around so the boardwalks must constantly be moved to safer ground.

One of the greatest joys of Yellowstone is the display of animals. Lamar Valley is where most animals can be viewed, but they can show up anywhere. I saw three black bears, a coyote, and many bison and elk. No grizzlies this trip. The most amazing thing I witnessed, however, involved a bison. I still can’t believe I saw it. Bison have the right of way in the park and there are often lines of traffic waiting for the critters to get off the road. At just such an event I was in my truck behind Deb and Rex, stopped beside a cliff, waiting for the animals on the road to move. All of a sudden, as I looked out my side window, I saw a bison fall off a cliff landing right beside Deb and Rex”s van. I couldn’t believe what I saw. It landed on its side and back with all four legs sticking up. Deb and Rex didn’t see it fall but wondered why that animal was rolling around beside their van and where had it come from. It turned over, shook itself with dust flying, then slowly wobbled off. There didn’t seem to be any broken bones. Unless it was bleeding internally it seemed okay. Of course it happened too fast to get a photo but I created one to show what happened.

One day we got a taste of winter as it snowed. It was gorgeous but we couldn’t believe the mass exit of people leaving the park. Vehicles were lined up for miles in both directions as people made their way to West Yellowstone.

We mostly spent our nights near Mammoth Hot Springs. The elk gather there and entertain all night bugling to keep their cows in check. When we were there three bulls with their females were gathered and constantly challenging each other. One huge fellow hung around where we were parked strutting within feet of our vehicles as we watched through the windows of the van. He had a deep voice and bugled all night it seemed. I don’t know if the other bulls were impressed but he scared me.

A feature I found interesting is Steamboat Geyser. Tucked away in the Norris Geyser Basin is Steamboat Geyser, the world’s tallest active geyser. Its major eruptions shoot water more than 300 feet. Only Waimangu Geyser in New Zealand has rocketed to greater heights. Steamboat’s minor and major eruptions are entirely unpredictable. Steamboat last erupted in 2014. Then in 2018 it became active erupting 136 times. It is a larger, more powerful version of Old Faithful shooting boiling water up to 345 feet. The eruptions are acidic and can ruin paint on parked vehicles. The area around the geyser is a wasteland. It bubbled when we were there shooting only about 6 ft into the air. Its latest large eruption took place in September of this year. It looks pretty harmless but don’t be fooled by appearance.

Not all our time was spent outdoors. Deb often prepared meals in the van but we ate out a number of times as well. We also spent time at Mammoth Hot Springs Hotel and Old Faithful Inn playing a card game called, “Pitch,” into the wee hours of the night being the only people there other than the night clerks. Sometimes we started our day with a hot cup of coffee and playing cards in the hotel. I for one had a GREAT time all around.